Hot Off the Collar | Volume&nbsp2

When I started this job five months ago, I knew the deal. Amidst all the happy, enlightening and life-affirming stories, a dark cloud occasionally cast a shadow. I convinced myself that I could handle it. Hadn’t I done that before? In two years of working at another animal shelter I had been mostly fine; grieving just once for the loss of our office cat, “Pumpkin”. Besides, in 47 years of being a pet owner I’ve made that final, brokenhearted trip to the vet’s office too many times. I knew what to expect.

Rex, a 3 year-old German Shepherd, spent five months in a Western Ontario Humane Society before being adopted In May of 2018. In January of 2019 after just seven months in his adopted home, Rex was surrendered to us. As with so many of our surrenders, we didn’t really know his story. We often get snapshots but we don’t really get a full picture until they’ve spent some time with us. As it turned out Rex was aggressive when it came to other dogs, unpredictably aggressive with some people and aggressive when he spent time within barriers or fencing. As you can imagine, this made life inside a shelter incredibly stressful for him.

As Humane Society employees, we know German Shepherds don’t do well in shelters. They are particularly susceptible to the anxiety and stress that comes with the constant noise and the unfamiliar surroundings. However, we are also committed to keeping a dog for as long as it takes to safely place them in the right, forever home.

We worked very hard with Rex to reduce his anxiety. Initially, he showed some improvement but with the restrictions placed on potential adopters (no children, no other pets, room to roam) and his size – Rex topped out at around 100 lbs. – we couldn’t find him a forever home. After a few months, we contacted the Ottawa Humane Society and they agreed to take him as a transfer. Transfers of animals for behavioral issues can be beneficial. Sometimes a new environment can open the door to new opportunities. Unfortunately, the transfer was unsuccessful and Rex came back to us. Once again, we worked with him, introducing him to interested adopters, training him and trying to mitigate his behavior. We also contacted every rescue in our network. As time passed, his disposition became more unpredictable. When I arrived on the scene in April, he was not impressed with me personally. Each time I walked by him in Missy’s Way (our outdoor dog run) he barked and rushed the fence but I was determined to make friends. On Father’s Day, as I stood outside dealing with a maintenance issue at our building, one of our volunteers walked by with Rex. He seemed totally relaxed so I approached him. He gave me the “lean in”. If you’ve been around dogs you know this behavior. It used to be considered a form of dominance but current theory suggests that it’s a simple as it appears. The lean in is a sign of affection. I had won. We were friends.

The next time I walked by Missy’s Way, Rex was snarling, barking and charging towards me.

My calm demeanor had no effect. Rex was back to his old self. Still, I was undeterred.

During our monthly training in July, our animal programs manager, Christie, used me in a scenario to reinforce the methods utilized while introducing nervous dogs to potential adopters. It went better than we expected. At the end of the introduction, Rex was letting me pat him and was chasing and retrieving a tennis ball for me. My perseverance won out. Rex and I were finally and undeniably friends.

The next time I walked past him in Missy’s Way, Rex was more aggressive than ever. I felt frustrated and concerned. If Rex wouldn’t warm up to me after several introductions and months of familiarity, how would he be with complete strangers? As it turns out, my fear was confirmed just a few days later when Rex tried to attack a very knowledgeable and experienced potential adopter during a meet and greet. Rex had moved from being aggressive to being dangerous.

Most behavioral problems can be addressed through consistent and appropriate training but when you combine the effects of shelter life, with an unknown history and erratic conduct, the possibilities for rehabilitation are reduced dramatically.

Rex had proven to be dangerous and unpredictable and we could not in good conscience, adopt him out knowing that he might, at any time, seriously injure a member of the public. After consulting with the senior veterinary staff and management of the KHS and unsuccessfully reaching out to rescues with a final, desperate appeal, we determined that euthanasia was our only alternative.

Rex’s final day included a run, a cheeseburger, some ice cream and time outside of the kennel with his favourite toys.

Rex died on a Wednesday morning. He was not yet five years-old.

We don’t know what he suffered through in his first 3 years. We don’t know if he was traumatized or beaten or neglected. All we know is that three Humane Societies did their best to give him the life he deserved. While he was here, he had moments of happiness, chasing his favourite stuffed animal, basking in the warmth of the spring sun or walking with our volunteers.

As an Executive Director it’s hard not to feel as if I failed Rex. My job is to save the unowned, unwanted animals of our community and find them forever homes. I didn’t do that for Rex. I also feel as if I failed the staff who worked so diligently to ease Rex’s anxiety and to give him moments of happiness. They were heartbroken and defeated by his death.

I thought I could handle the worst that this job could possibly throw at me. I thought I knew what to expect. I didn’t.

As Rex’s body was transported out of surgery we were all overcome with emotion. In the aftermath as the sorrow and sense of failure churned in my head, I witnessed a transformation that buoyed my spirit. I saw the women and men of the Kingston Humane Society move past the despair, into acceptance and on to a steely determination to care for every other animal entrusted to us. After allowing themselves time to grieve, they returned to an unwavering commitment to the animals in our care. In the shadow of the dark cloud surrounding Rex’s untimely end, the staff of the KHS found a way to keep working towards the inspirational, life-affirming stories that occur when we find one of our animals a loving, forever home.

The night after the decision on Rex was made, I went home uncertain of my role or my suitability for this job. Later, amidst the strength and determination of my colleagues, I found solace in their tenacity and in their commitment to keep doing their job…until every pet is wanted. 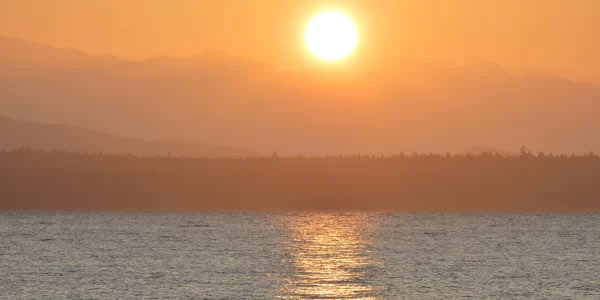