Our very own Houdini

Hot Off the Collar | Volume&nbsp11

As a young boy, I was fascinated by the early 20th century illusionist Harry Houdini. I read every book and watched every film about his life. To an 11-year-old, those death-defying stunts were supernatural. It’s no surprise then, that when I heard we had a cat named Houdini, I took special interest in her. What I didn’t know is that our Houdini would mimic her namesake by cheating death with an incredible magic trick, courtesy of our amazing veterinary staff.

Houdini arrived on our doorstep as an owner surrender. She had recently given birth to four kittens and after our initial exam, she seemed fine and the kittens were healthy and almost ready to be weaned.

As we’ve been doing with nearly all the animals that have come to us since COVID, we fostered Houdini out to a loving temporary home until we could find forever families for her and the kittens.

A few weeks ago, Houdini’s foster volunteer became concerned with her health. She’d lost interest in food and was having some pretty serious bouts of diarrhea and vomiting. When Houdini arrived back here for her vet appointment, we knew immediately something was seriously wrong. Initially, we thought that Houdini had an abdominal mass which could have been cancer or possibly an abnormal uterus. During surgery, Dr. Gaines diagnosed intusseception, a condition in which one segment of intestine “telescopes” inside of another, causing an intestinal obstruction. The affected portion of the bowel was removed but that was just the first step. Houdini then needed a feeding tube inserted directly into her esophagus so that she could absorb nutrients and gain the strength she needed to recover.

In clinic medicine, this type of surgery might be more common. Here at the Kingston Humane Society, it was the first time we had performed a life-saving procedure of this nature so to us, it felt a little like magic.

The “presto” moment came soon after surgery as Houdini quickly began to improve and regain her cuddly disposition. She’s now a healthy, happy and affectionate cat, well on her way to a full recovery and likely available for adoption soon.

As I noted, we could not have performed this surgical feat without a committed veterinary team, led by Dr. Laurie Gaines. However you, our devoted and tireless donors were the “lovely assistants” for this little miracle. The generosity that you have shown for so many years and especially since the pandemic was declared, has enabled us to continue to perform new and innovative procedures. We can now take extraordinary measures to save animals that years ago, we did not have the resources to even consider. I often note in conversations with donors and supporters that your willingness to donate – quite simply – saves lives.

As an 11-year-old boy I was captivated by Houdini’s ability to make miraculous escapes look routine. As a 57-year-old director of the Kingston Humane Society, seeing our staff’s dedication and willingness to do whatever it takes to save every life is so much more impressive. In truth, it’s not a fair comparison at all because while a magician performs illusions or sleight-of-hand, our staff regularly performs real-life escapes in the face of certain death. It turns out that the Kingston Humane Society team members who saved Houdini were the real magicians all along. 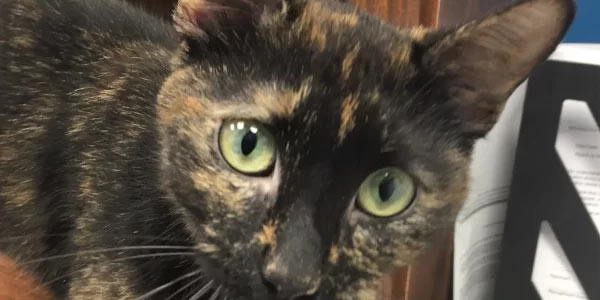