Goodbye to one of the Biggest Paws

Hot Off the Collar | Volume&nbsp6

The story of Sean and Rupert, like so many of the heart-tugging, smile-inducing stories we see here at the Kingston Humane Society, was born out of dire circumstances.

On Christmas morning, in 2009, Officer Sean McCaffrey of the OPP was working 401 duty. Early that day, as the rest of us were opening stockings and settling in with our families, Sean spotted a black lab that had been hit by a car. He parked his cruiser, grabbed a few dog treats and cautiously walked towards the injured pooch. As he approached, he could see the dog lying in a pool of icy water. He needed to act quickly. Sean held out a few treats. The lab didn’t whine or growl. He actually wagged his tail and gobbled down the snack. Sean removed his duty coat, wrapped it around the dog and lifted it up. He could feel bones that were out of place or broken as he navigated the frozen ground back to the car. He transported the dog to the Kingston Regional Animal Hospital. The on-call vet wasn’t sure if he would survive. They stabilized him but he would require more substantial surgery and a long recovery period. With help from Dr. Cherie White and with support from the Kingston Humane Society (KHS), the beautiful black lab, dubbed “Rupert” would pull through. It was a long road of rehabilitation, but in August of 2010, Officer Sean McCaffrey officially adopted Rupert. Later that fall, Sean decided he wanted to give back to the Kingston Humane Society so he and Rupert walked in our annual “Big Paws” fundraising event. To no one’s surprise, they raised more money in pledges than anybody else. That trend continued…FOR 10 YEARS. Each year, Sean would rally his friends, family and colleagues. They would raise a bunch of money and walk alongside all of the other dogs. This year at Big Paws we celebrated Sean and Rupert’s 10th anniversary of walking, raising in excess of $10,000. As a result, they became celebrities with appearances on TV and radio and their community of fans and supporters grew rapidly.

Sadly, last November, Rupert was diagnosed with cancer in his left, rear leg. Normally doctors would amputate the leg and eliminate any chance of the cancer spreading but in Rupert’s case, the comprehensive nature of his injuries and repairs made that impossible. Sean then made a decision to proceed with palliative care:

“His best friend and Doctor, Cherie White prescribed a pain management therapy and he continued on as normal…well as normal as it gets for a dog rebuilt after being hit on the 401!! We had a great 3 weeks of eating and drinking all the food (he may have shared a Corona as well…) but sadly, Rupert was put to rest this morning…I will forever be grateful to KHS for their gift to me. He was given an extra 10 yrs nobody thought he had and lived large!!! I like to think he helped save many dogs along the way…” — Officer Sean McCaffrey

As you can imagine, the entire staff of the KHS was devastated to hear the news. Sean and Rupert helped hundreds of dogs during their journey together and set a standard of care and compassion not easily surpassed. We are proud to have played a role in Rupert’s life and prouder still of the work the two of them did to promote animal welfare in our community.

In recognition of the significant amount of donations Sean and Rupert raised over ten years at Big Paws, we’re re-naming the award for most Big Paws pledges in Rupert’s honour. From this point forward, The Rupert Award will be given to the individual who raises the most in pledges for the annual KHS Big Paws walk. 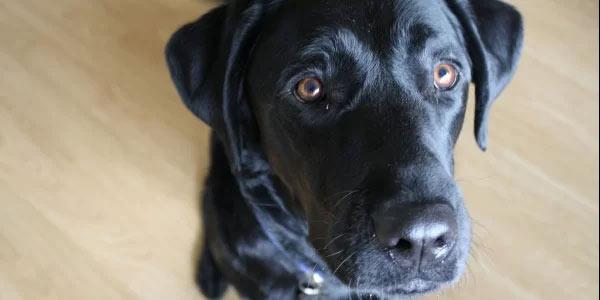