A view inside the need for x-rays

Hot Off the Collar | Volume&nbsp20

For most people, the word “x-ray” evokes painful memories of childhood trauma, athletic mishaps or hospital waiting rooms. Whatever the association is for you, it’s unlikely that you would immediately connect veterinary medicine to x-rays. However, those familiar black and white images are some of the most important diagnostic tools we have. Sick and injured animals can’t tell us what’s wrong so we have to depend on tests and investigative techniques to arrive at a diagnosis. X-rays are a vital part of that process.

Several years ago, St. Lawrence College installed an x-ray machine in one of the classrooms they lease from us at our building on Binnington Court. In a true measure of community partnership, the staff of St. Lawrence College’s Veterinary Technician program gave us free access to the x-ray machine whenever it was not being used in their classes or labs. We quickly came to depend upon it. Recently, we were informed that St. Lawrence was removing the x-ray machine. More on that later. First I would like to give you three examples of how x-rays have directly impacted the lives of animals in our care.

Keira the Rottweiler came to us last fall as a stray. Obviously that meant we had no history on her so we had to rely on observation to assess her health. We noticed right away that she had some unusual behaviour patterns and she was also was experiencing frequent urination. We ran a battery of tests but could not discover any reason for Keira’s discomfort. Finally, we decided on x-rays; no easy feat on a 90 pound Rotty who’s not feeling great. The x-rays showed a clear reason for her anxiety and her constant peeing. Keira was pregnant with five puppies. As a result of the x-rays we could formulate a strategy that included foster care. Keira’s five puppies were born safe and healthy in late December and each one found a loving forever home in February of 2021.

In July, a young cat named Mylo was surrendered to us because his owner could no longer care for him. Like Keira, Mylo was also urinating frequently and often outside his litter dish. Initial tests were inconclusive but x-rays showed a large number of bladder stones. Our vet Dr. Heather was able to remove the stones and Mylo is now recovering in a foster home, waiting to be adopted.

Most recently, Armani, a 6-year-old grey Tabby came to us after a Provincial Animal Welfare investigation. During the Labour Day weekend while in foster care, Armani gave birth to a single kitten but we suspected she had more waiting to be delivered. The foster volunteer brought Armani in to the shelter and x-rays showed two more kittens waiting to be born. Armani was given oxytocin to induce additional labour. After several tense hours and against all odds, two more kittens were born alive and healthy. All three and the mother are currently being cared for by one of our most experienced foster volunteers.

The Kingston Humane maintains a 73.5% adoption rate for all animals we take in. That’s 15% higher than the national average and 27% higher than the provincial average. The ability to use x-rays to diagnose and treat illnesses and injuries is a significant factor in that amazing statistic. Without them we simply could not adopt out as many healthy new family members and each of the happy stories above could have ultimately ended in disaster.

Unfortunately, like everything else in the midst of COVID, things have changed. Throughout the many lockdowns and the different waves of 2020 and early 2021, St. Lawrence College students were spending more and more time at the college or at home and less time in their KHS labs. At some point the powers that be decided to move the x-ray machine back to the college. That left us in the unenviable position of tracking down and funding a replacement at a cost of over $52,000. With some help from a Manotick-based diagnostic imaging provider, we were able to find a new digital x-ray machine and have it installed on the same day as St. Lawrence College removed their machine. Now comes the hard part. In the midst of a pandemic, we will be reaching out to our most ardent supporters to ask for their help. In a year when community health has been our focus and when employment has been precarious, it’s the last thing we wanted to do. In the meantime, we once again have the full capability to diagnose, treat and care for the animals of Kingston and surrounding community. It’s a role that we consider sacred and we’ll continue doing whatever it takes until every cat is loved, until every dog has a home and until every pet is wanted. 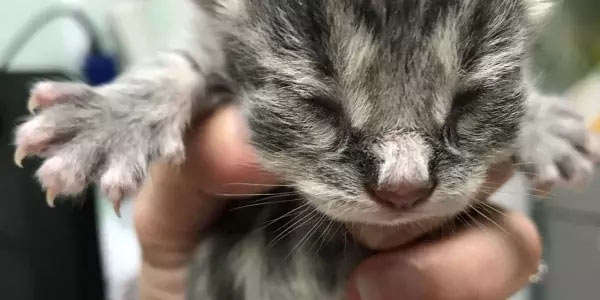